Late in summer 2019, with a little bit of nudging from Danny 😉 I made the switch to a mirrorless camera. I was already in the Canon Ecosystem with the 5D Mark IV, so the EOS R was obviously the main camera I was looking at. On launch in 2018, I wasn’t as interested because of it lacking a few features, but over the course of that year, through firmware updates, it was now something I was much more interested in. Now that I’ve had roughly half a year with the camera, I thought I’d share the top 5 things I like about the switch.

Eye Af was the one feature that I really envied in watching other photographers using mirrorless cameras. In shooting portraits, the nearest eye is typically the point you want to be in focus.

On a traditional DSLR, you are limited to choosing a focus point and place the eye at that point. A lot of times you need to use the focus and recompose technique to get the specific composition you want or crop the image in post processing.

With mirrorless, there are so many focus points in the frame that you don’t need to do the focus and recompose, but also with Eye Af, the camera actually tracks the subjects eye for you which in turn allows you to pay more attention to composition.

At launch the Eos R Eye Af was a bit slow and lacked the ability to use it during servo mode. Both of these issues were addressed in firmware updates, which the current version as of this writing is 1.6. I highly recommend you check and update the firmware of your Eos R as Canon has really made huge improvements in the stability and speed of the camera to the point of it feeling almost like an upgrade to a brand new camera.

I wasn’t sure if I’d really like the EVF at first, but am now a big fan. The EVF allows you to see your exposure without even taking an image and also allows for more information to be displayed that you just couldn’t get with the traditional viewfinder on DSLRs since it is basically a computer screen inside the eyepiece.

The EOS R has the option for Canon’s newer Compact Raw format. This RAW format is about half the file size and in testing, shows no noticeable loss in image quality. I’ve been using it exclusively since my switch and it has worked great with no noticeable side affects from using the smaller format.

This isn’t talked about as much, but the EOS R  has a USB-C port and can charge the battery in camera. This is nice if you have a laptop that has a USB-c charger like a MacBook and can use that same charger to charge your battery. This does require the LPE6 N model of the battery to work and won’t work with the non N model.

Canon makes some of the best lenses. The EF Mount has been around since 1989 and with the Canon adapter they work on the Eos r just like any native Canon EF Mount Camera. There’s a huge lineup of new and used EF lenses available that make amazing photos.

Then there’s the RF lenses which Canon has been really doubling down on and are where Canon is going. They’re pricy, but are some of the sharpest lenses on the market, feature the control ring for more customizing, and some have Image Stabilization that their EF counterparts never had.

With the EOS R you get the best of both worlds with the old and the new lenses.

These are just a few of the things that I like about the switch. In future articles, I’ll go into detail of some of the customizations I’ve done to my EOS R that I’ve found to help speed up my shooting process. 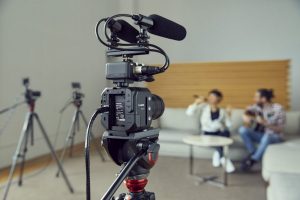 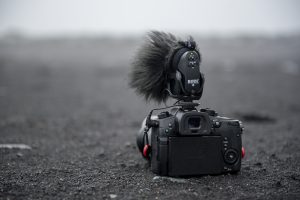